Discovering the Beauty of India: The Top Tour and Travel Destinations for 2023

This blog post highlights some of the top tour and travel destinations in India for 2023, including the iconic Taj Mahal, the charming city of Jaipur, the serene backwaters of Kerala, the adventurous Himalayas, the spiritual city of Varanasi, and the sunny beaches of Goa. Each destination offers a unique experience, whether it be natural beauty, cultural heritage, or adventure. The blog post also emphasizes on the diversity of experiences that can be had in India, making it the perfect destination for tourists in 2023.

India is a land of diverse cultures, ancient history, and breathtaking natural beauty. From the snow-capped Himalayas to the sun-kissed beaches, India offers a wide range of tour and travel destinations for tourists to explore. In 2023, India is expected to see an increase in tourists, and it's the perfect time to discover the beauty of this country.

The first destination that comes to mind when thinking of India is the Taj Mahal. Located in Agra, the Taj Mahal is not only a symbol of love but also a symbol of architectural and cultural heritage. The intricate carvings and inlay work on the white marble structure are a testament to the Mughal Empire's artistic and technological advancements. The main dome of the Taj Mahal is adorned with precious and semi-precious stones and the minarets are beautifully decorated with white marble. The entire complex is surrounded by lush gardens and water fountains, making it a perfect spot for a romantic stroll. 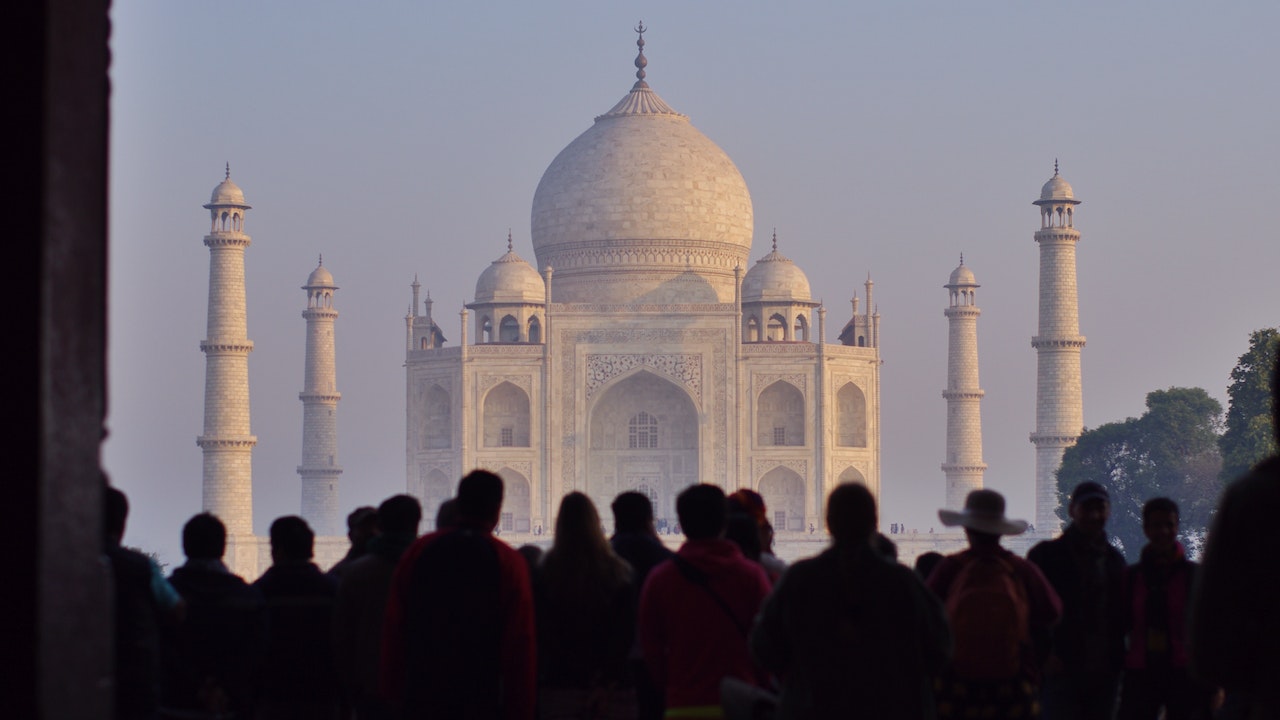 The Taj Mahal is best visited during the early morning or late evening, as the crowds are minimal and the lighting is perfect for photography. It's also worth noting that the Taj Mahal is closed on Fridays for prayers. To fully appreciate the beauty of the Taj Mahal, it's recommended to hire a guide who can provide insights into the history and architecture of the monument.

Jaipur, also known as the "Pink City," is one of the most popular tourist destinations in India. The city is famous for its palaces, forts, and temples, and is home to some of the most iconic architectural wonders in India. The Hawa Mahal, Jal Mahal, and the City Palace are just a few of the many landmarks that visitors can explore while in Jaipur. 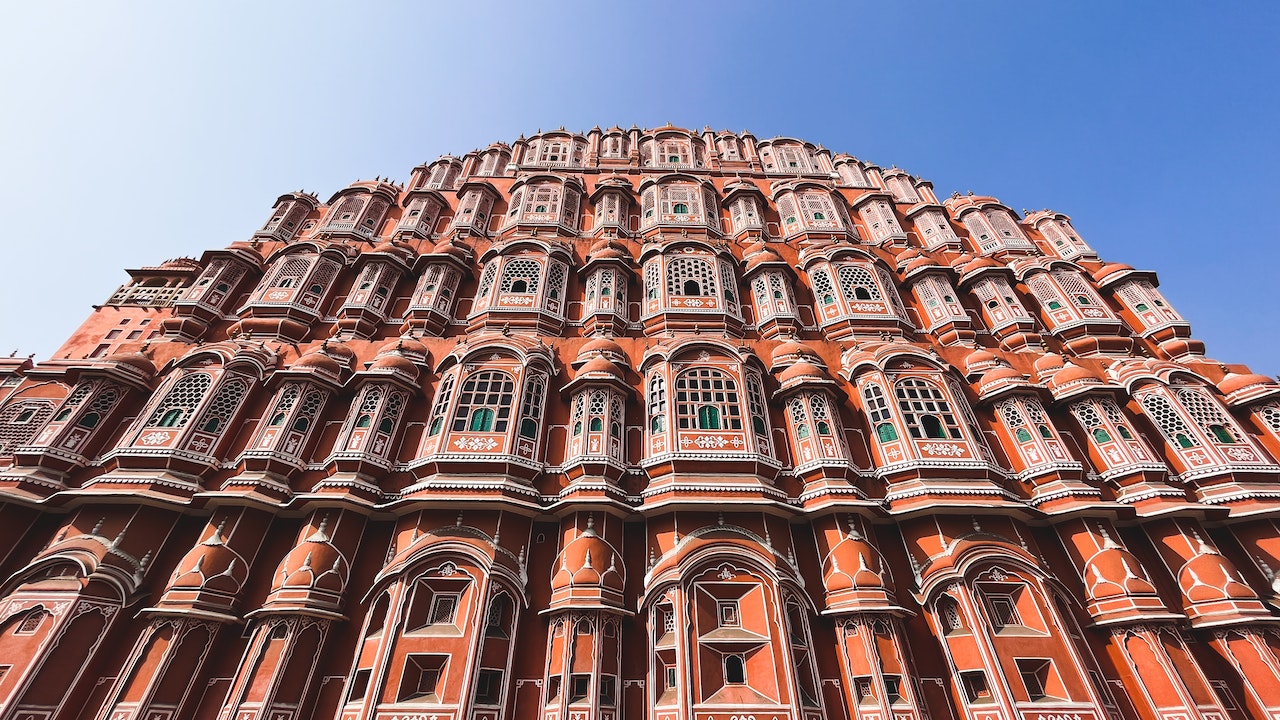 The Hawa Mahal, also known as the "Palace of the Winds," is a must-see destination. This five-story palace was built for the women of the royal household to watch the city's processions and events. The palace is adorned with intricate carvings and latticework and offers a great view of the city.

The Jal Mahal, located in the middle of a lake, offers a picturesque setting for a romantic stroll. The palace, which was once used as a hunting lodge, is a blend of Rajput and Mughal styles and is surrounded by beautiful gardens.

The City Palace, now a museum, offers a glimpse into the opulent lifestyle of the Rajput kings. The palace complex is home to several buildings, including the Mubarak Mahal, the Chandra Mahal, and the Diwan-i-Khas. Visitors can also explore the armory, the textiles gallery, and the palace's beautiful courtyards.

Jaipur's architecture is a blend of Rajput and Mughal styles, making it a unique and fascinating destination to explore. The city's palaces, forts, and temples are adorned with intricate carvings and latticework and offer a glimpse into the rich history and culture of Rajasthan. Jaipur is also known for its vibrant markets, where visitors can shop for traditional textiles, jewelry, and handicrafts.

Jaipur is a popular destination in India, offering a unique blend of history, culture, and architecture. The city's palaces, forts, and temples are a must-see, and the vibrant markets offer a great opportunity to shop for traditional souvenirs. It's a perfect destination for a romantic getaway, and a visit to Jaipur is an experience that will be remembered for a lifetime. 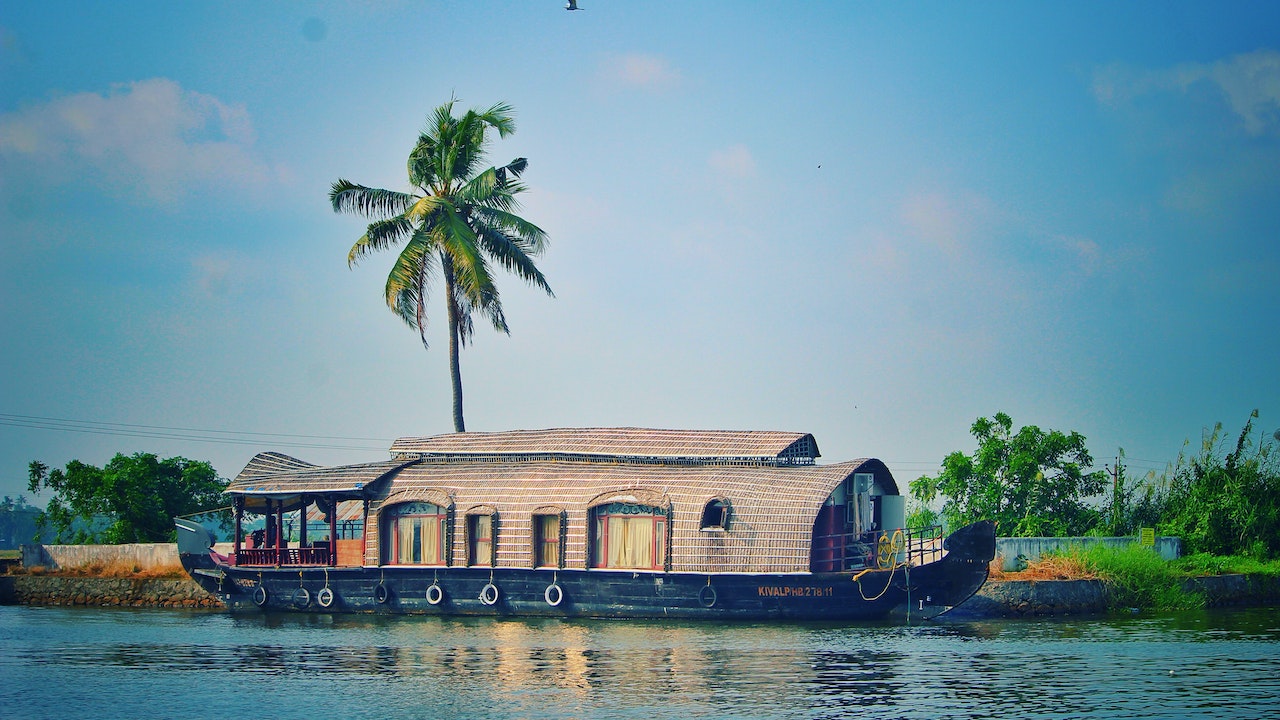 A houseboat cruise through the backwaters is a great way to explore the natural beauty of the region. Visitors can relax on the boat and take in the scenery, while the boat navigates through the network of canals and lagoons. The houseboats are traditionally made and are equipped with all the modern amenities, making it comfortable and luxurious.

During the cruise, visitors can witness the traditional way of life of the people living along the backwaters. The backwaters are home to many small villages and visitors can see the locals engaged in their daily activities such as fishing, farming, and coir-making. Visitors can also indulge in local delicacies and witness traditional art forms such as Kathakali and Mohiniyattam.

The backwaters are also a great destination for birdwatching. The region is home to a diverse range of bird species such as the Indian Shag, Darter, and the Great Cormorant. Visitors can also witness a variety of migratory birds during the winter months.

Overall, the backwaters of Kerala are a perfect destination for a romantic getaway. The serene and peaceful surroundings, the luxurious houseboats, and the opportunity to witness traditional way of life, makes it an unforgettable experience. The backwaters offer a great opportunity to connect with nature and escape the hustle and bustle of daily life.

The Himalayas are a dream destination for adventure seekers, offering a wide range of activities such as trekking, rock climbing, skiing, and mountaineering. The Himalayas are a range of mountains that run through India, Nepal, Bhutan, Pakistan, China, and Afghanistan, and they offer an unforgettable experience. 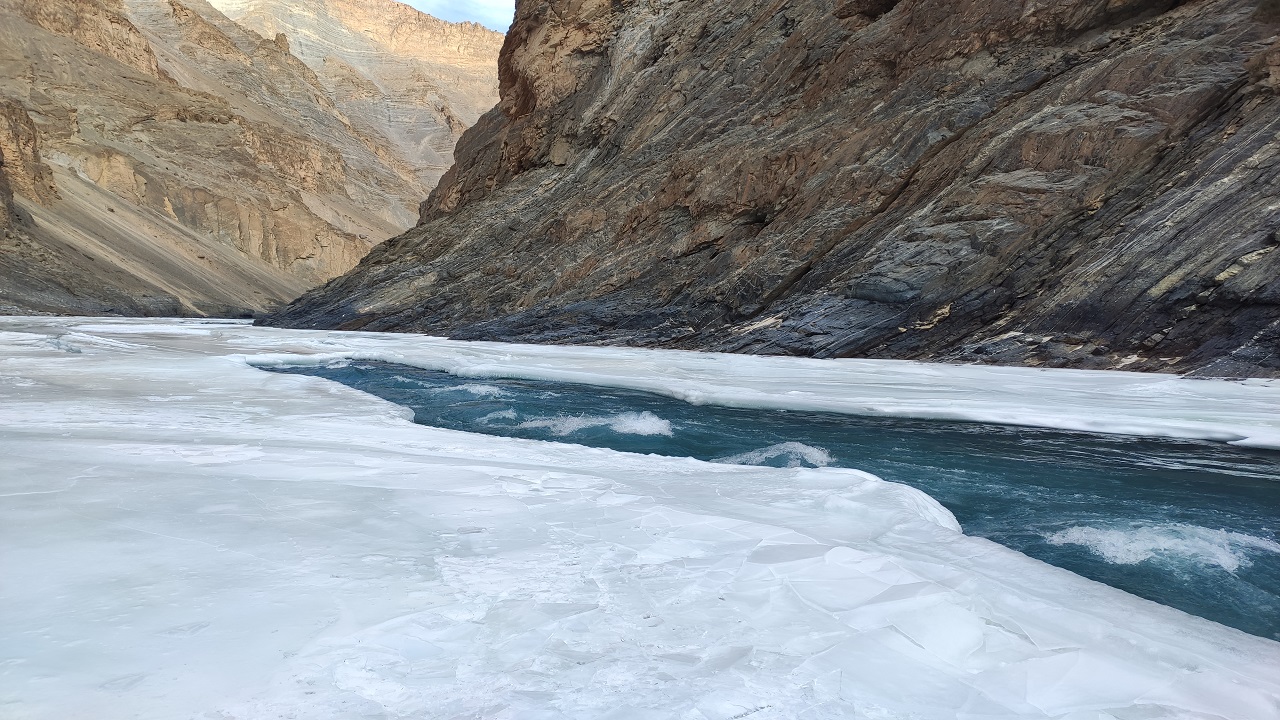 The most popular destination in the Indian Himalayas is Ladakh, which is known for its beautiful landscapes, monasteries, and the famous Chadar Trek. Ladakh is a high altitude desert region and is situated at an altitude of around 3500 meters above sea level. The region is known for its barren landscapes, snow-capped peaks, and the Indus river, making it a perfect destination for trekking and rock climbing.

The Chadar Trek, also known as the "Frozen River Trek," is one of the most popular trekking routes in Ladakh. The trek is done on the frozen Zanskar River, and it offers a once-in-a-lifetime experience. The trek is challenging due to the high altitude and the extreme temperatures, but the views of the snow-capped peaks and the frozen river make it worth the effort.

Ladakh is also home to many Buddhist monasteries, such as the Hemis Monastery, the Thiksey Monastery, and the Alchi Monastery. These monasteries offer a glimpse into the traditional Tibetan Buddhist way of life and are a must-see for visitors.

Himalayas are a dream destination for adventure seekers, offering a wide range of activities such as trekking, rock climbing, skiing and mountaineering. The most popular destination in the Indian Himalayas is Ladakh, which is known for its beautiful landscapes, monasteries, and the famous Chadar Trek. The region offers an unforgettable experience and memories that will last a lifetime.

Varanasi, also known as the spiritual capital of India, is famous for its rich cultural heritage and is a must-see destination for all visitors. The city is situated on the banks of the Ganges River and is considered one of the oldest continuously inhabited cities in the world. 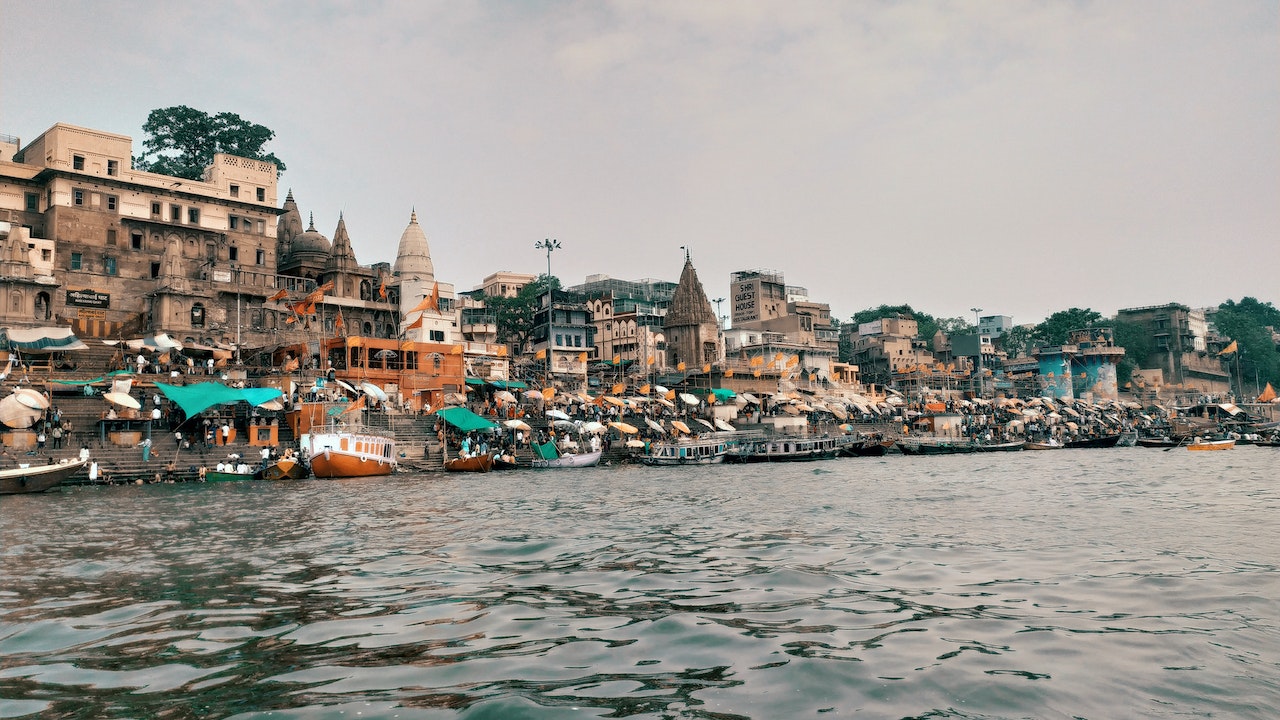 The Ghats, which are a series of steps leading to the Ganges River, are a major attraction in Varanasi. The Ghats are a popular destination for Hindu pilgrims, who come to bathe in the holy waters of the Ganges and perform various rituals and ceremonies. Visitors can also take a boat ride on the Ganges to witness the Ghats and the various activities taking place on them. The most famous Ghat is the Manikarnika Ghat, which is considered one of the most sacred Ghats.

The city is also known for its spiritual heritage, and it is home to many ancient temples and shrines. The Kashi Vishwanath Temple, also known as the Golden Temple, is the most famous temple in Varanasi and is dedicated to Lord Shiva. The temple is considered one of the most sacred shrines in Hinduism and is visited by thousands of pilgrims every day.

The Sarnath is another must-see destination in Varanasi, which is considered one of the four sacred Buddhist sites. It is believed that Lord Buddha gave his first sermon at Sarnath, and it is a popular destination for Buddhist pilgrims. Visitors can also see the Ashoka Pillar, the Dhamekh Stupa, and the Chaukhandi stupa, which are ancient structures that date back to the 3rd century BC. The Sarnath Museum, which is located within the complex, is also worth visiting, as it houses many ancient artifacts and sculptures related to Buddhism.

Varanasi is a must-see destination for all visitors, as it offers a glimpse into India's rich cultural heritage. The Ghats, the silk saris, the ancient temples and shrines, and the vibrant street culture make it an unforgettable experience. Varanasi is not only a popular destination for Hindu and Buddhist pilgrims, but also for those who want to explore India's rich spiritual and cultural heritage.

Goa, located in the southern part of India, is famous for its beaches, nightlife and seafood. The state has a long coastline, which is dotted with many beautiful beaches. The beaches in Goa are known for their soft white sand, palm trees, and clear blue waters. Some of the most famous beaches in Goa are Anjuna, Baga, Calangute, and Candolim. 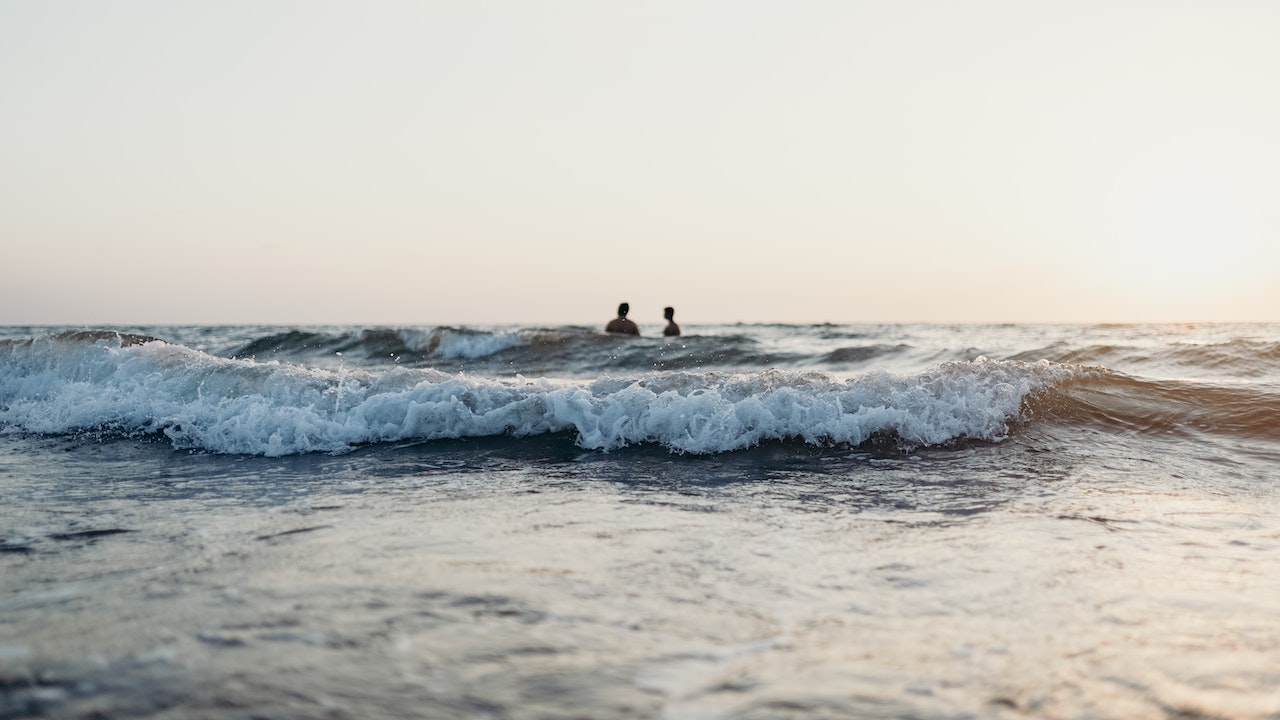 Goa is also known for its nightlife, and visitors can enjoy a wide range of activities such as live music, parties, and dancing. The state is famous for its pubs, clubs, and discos, and it's a popular destination for party-goers. Visitors can enjoy live music and dance to the beats of Goa trance, a genre of electronic music that originated in Goa.

In conclusion, India is a diverse country that offers a wide range of tour and travel destinations for tourists. From the iconic Taj Mahal to the serene backwaters of Kerala, from the beautiful palaces of Jaipur to the adventure of the Himalayas, India has something for everyone. The destinations mentioned above are just a small sample of what India has to offer, and it's the perfect time to plan your 2023 trip to India, to discover the beauty of this country.

The Evolution Of Marketing: How Technology Shapes Modern Campaigns

The Global Water and Sanitation Crisis: Understanding the Issues

Keeping it Clean: The Impact of Sanitation on Public Health

The Impact of Climate Change on Water Resources